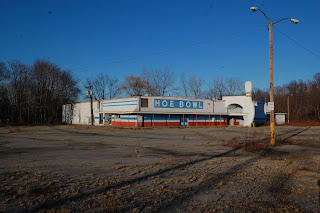 I have it under good authority that there is some kind of major sporting event going on today. Given the name of the event (which I'm not allowed to use for trademark reasons), and the popularity it seems to have, I must say that I'm truly amazed at the amount of attention that the sport of bowling still commands in this day and age.

I have never been a huge fan of bowling. I attended a lot of bowling parties as a kid, and it is a pretty good activity on a rainy day, but... well... I was never very good at it, and there are elements about the sport that seem to me to be downright silly. I mean, lets face it - it has a scoring system with an absolute "best" score, which implies that one can be perfect in the game. They even call it a "perfect game". I can only assume that since the pros don't always have perfect games that there must be something outside personal skill which drives the score. At least this is the excuse I use whenever I completely miss the pins.  There are a lot of things about bowling which remind me of golf... theres another sporting four letter word I'll have to ramble about another time.

Oh, don't get me wrong. As sports go I can appreciate many of the aspects of the game. It is certainly one of the more social sports that I've seen, where the objective appears to be as much talking to the other players as it is actually standing up and hurling a heavy object towards some pins who have done you no harm whatsoever. And I suppose that it might build some upper body strength and coordination. And I will never object to anything that prompts people to get out and do something as opposed to sitting around and doing nothing.

But it just isn't the kind of sport that I would want to play myself. And I find it a bit odd that people would actually watch bowling on TV, not to mention spend large sums of money advertising during its worldwide presentation.

At any rate... good luck to the teams. I hope you don't injure yourselves with thumb blisters or dropping the ball on your foot or anything. 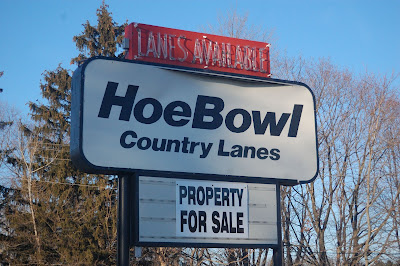