The summer is winding down, and a few things in the past couple of weeks have reminded me of what some of my summers were like as a kid. My days were more carefree - less under my parents' eyes than usual, but these would be the times that I was more likely to explore. To wander. To roam. 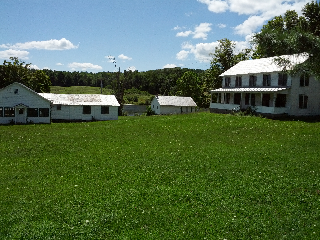 While pondering these, I was reminded of a sleepaway camp that I attended for three summers while I was a teenager. Situated on a lake and quite a few miles from any nearby town, I thought about how this helped nurture my love for the outdoors... a pleasure that has lain more fallow in recent years than I really like. I thought about kayaking on that lake. I thought about water-skiing, and the huge accomplishment I felt when I finally could do it. I thought about the friends I made while I was there - a pretty big thing for a major introvert like myself. I remembered the fireworks shot off from the island in the lake on Independence Day and the color wars that marked the end of the camp season. I thought about nights when I could just stare at the stars, clear and bright above me. 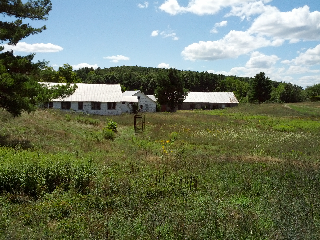 I got curious... perhaps a bit too curious... about what it was like there now and how much I actually remembered. The property is just a couple of hours from me, and last weekend I was going to be visiting friends near there, so I decided to take a detour to take a look. Google Maps told me the land and buildings were still there, so I figured it was worth a shot. But I didn't quite believe what I saw when I got there - my memory was pretty good... the buildings were all there, right as I remembered them. But the camp itself was gone. Just the buildings standing, a solitary tribute to the fun times and life lessons I learned there. I walked down the trail a ways before I realized I was trespassing, and turned back. 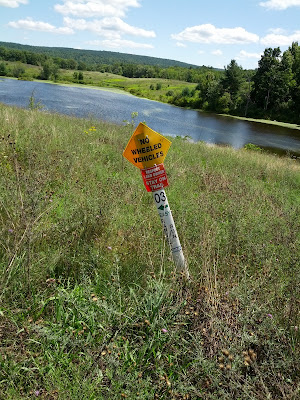 And that was when the current owner of the property stopped me.

I'd like to say we had a good chat about the summers I was there, and his memories of what happened, and why the camp closed. But we didn't. He told me, in no uncertain terms, to get off his land. I apologized. And I left. I was annoyed with myself, and I still am. I should have just left the land, and my memories, alone.

But it was clear - summertime is over.