You're so vain, you really think this four letter word is about you, don't you?

I'll state my opinion clearly - I think the whole idea is bad. I think vanity URLs on someone else's site are a bad idea. I think this does nothing to benefit either Google, Google+, or their users. I have held this opinion since Google+ began, and I have said so multiple times.

This post is long, no matter how brief I try to make it, and I will almost certainly omit some important points, but I am going to try and address the following points:

Why do people want vanity URLs?

Usually when I assert that vanity URLs are a bad idea, I'm almost always presented with one of two responses:
My reply to these are pretty much the same - you shouldn't be pointing at Google regardless. You should be pointing at your business, not someone else's business. And that means pointing at your own domain.

But the underlying question really is "how can I tell people how to find me on Google+?"

Google and Facebook are both trying to be an identity service - so part of the question boils down to "how can I prove I am me and have people find the right me". People want a username that is universal across all the various services. And while this offering from Google+ seems to give some of that - I fear that it won't do so.

Why are vanity URLs bad?

My opposition to vanity URLs boil down to three reasons:
From above, we basically boiled the problem down to "people want/need to find me and make sure it is me". The presumption is that by having a vanity URL, we will be able to read this to people over the phone, or show it on a TV advertisement, or tell them in person so they can write it on a napkin, or hand them a business card with it printed.

But does this work? Increasingly, brands on TV are simply saying "Find us on Facebook, Twitter, and YouTube". They don't give a URL - that is just extra clutter. Sometimes they just show the icon for those services. Many times, even now, they just point to a single url - their own website. From there, they can launch you to other places. For brands and celebrities, this seems to be the best solution - direct them to your website or blog instead of somewhere out of your control. I think that an equivalent solution for individuals should also be in place - but what? I'll return to that question later.

Unrealistic? My email address hasn't changed in over 15 years. I still see lots of people who have email addresses at yahoo.com or aol.com. My grandmother's telephone number hasn't changed in over 50. We have systems in place for porting telephone numbers and forwarding email and snail-mail. It should not be unrealistic to expect things that are printed (hey, that was one of the original arguments, right?) to be valid for the long-term. And what if you do recycle vanity URLs?

And what about scaling this worldwide. There is evidence that accent marks, which are unusual in American names, are available as part of the vanity URLs... but how does this make it easier for people unfamiliar with these accent marks to find the person in question? (Answer, it appears that URLs without the accent marks are also made available.) And what about a person whose name, and thus their vanity URL, is in Japanese, Chinese, Hebrew, Arabic, or a host of other languages which most westerners are unable to type? (No answer for this one yet, however.)

These are problems, and many will remain unanswered, but when I raise all these issues, I typically get one question in response...

What should Google have done instead?


Google claimed, way back at the beginning of Google+, that they wanted to get away from the "username identity" view of the Internet. It seems pretty clear they were pressured into this vanity URL move, which I think is a shame. They were starting to offer solutions that would have addressed this problem - but they were too little and too slow.

The first thing to realize is that we have long ugly URLs all over the place. Every post and picture on Google+ has a URL that you wouldn't want to read to someone. Lots of pages on the web are the same way. There are many "URL shorteners" that are available online today - Google even runs one at goo.gl. Many Google+ specific URL shorteners appeared the day it launched, and many people who owned their own domains added URLs that redirected to their Google+ profile. In many ways, this was already a solved problem, and Google was just jumping on the bandwagon with something "official".

Google had released tools that would direct people from your website to Google+, or let them follow you directly from your page. These were good things for everyone concerned - an individual, celebrity, or brand would have a clear brand identity (their own webpage) that still encouraged social interaction, an individual would have an easy way to socially interact with a brand or person, and Google had a vibrant web ecosystem which they are experts at. But these badges had a lot of problems and were slow to roll out. Initially, Google didn't make them available for individuals, just pages, and unless an individual had a web page, they still had the problem of how to get people to find them.

One of the missing aspects, however, is the opposite of the Badge. While the badge would take you from your website to Google+, nothing would take the data on Google+ to your own website. While other social networks were creating and encouraging websites to use their widgets, which would encourage people to log in using those social networks as well, Google has done next to nothing. The Google I/O 2012 widget comes close, but it was limited (tho still working). If I can bring my Google+ identity and information to my own website, and have people use their Google+ identity while there, why would anyone want me to redirect them back to Google+ itself?

Tied to the badge was something called "Google+ Direct Connect", so people who were searching for something in Google could prefix your brand name with a +, and they would go directly to your page. While I do think a few pages got this, we really haven't heard much about this since it rolled out... and it smacked quite a bit like AOL's keywords from ages past. But I think this is a valid avenue.

Google has been rolling out its "Knowledge Graph", which uses information about you and about how things are related to each other to help present better and more specific search results. Part of this uses results from people in your circles to help give you "trusted" results. It seems reasonable that at some point this would evolve to help you find people who are connected to you based on the knowledge graph it can build around you. So, for example, if it knows that you've often searched for Mac products, searching for the name of an author who writes about Mac products might suggest that this is the author you're looking for. If you're looking for a friend by name, it might use your email and existing circle memberships to find out if there is a friend-of-a-friend and suggest this as the most likely match?

I could point to making this a for-fee service as one way to avoid the land-rush, and this seems to be an option that they're reserving for the future. A risky tactic to not use it from the beginning... but what do I know. I might find it interesting that at the same time they're trying to move YouTube away from userids, they're trying to move Google+ towards it. I could point out that they already had a landrush to get gmail addresses that are now google account userids, but that doesn't really solve any of the problems.


But the fundamental answer to the question of what to do is, to be honest, "I don't know."

I have ideas, sure. I have ideas of what won't work, based on years of having to deal with the after-effects of those ideas. I have ideas of things that haven't been tried. I have thoughts about a truly different identity system, that would make it easy for friends to find you (if you wanted) and preserve your anonymity (if you wanted that). I'm happy to have friendly discussions about these ideas. I thought Google had ideas too - and maybe it still does, but it has to do these vanity URLs in the meantime. I don't know.

What I do know is that this is a difficult problem. It is all wrapped up in the complex issues of names and identity and privacy and responsibility. These are tricky areas to navigate, and I don't envy Google trying.

I'm just disappointed that this seems to be the best they came up with. 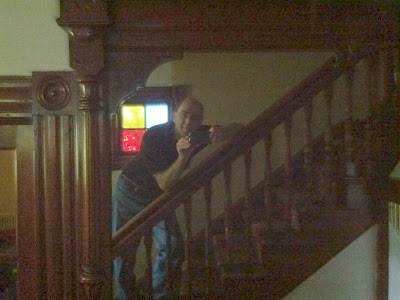