It may be all in how you play the game, but they're still four letter words.

I have written about +Bernard De Koven quite a few times in these pages, so if you're one of the 10 or so regular readers, you're familiar with him. If you're not... get familiar with him. He is not only the sort of person who is a good guy to know... he makes it pretty easy to get to know him. I've been following his writing for only the past couple of years, but in that time we have participated in several public discussions, assorted games in hangouts, and he has prompted a lot of introspection and action. But we had never met. So when I saw he was giving a presentation in Brooklyn one night last week, I made sure to register for the lecture. And when I further saw he would be playing some games the following Saturday... I was thrilled that my calendar was clear.

I was finally going to meet Bernie.


Thursday's lecture was interesting, and a little bit unexpected for me. I wasn't sure what to expect, but I didn't realize that the lecture was sponsored by a department in NYU Polytechnic that was dedicated to learning, teaching, and researching modern game design. So the room was filled with students who were active game designers and authors. Bernie's lecture touched on some of this, as well, and many of the questions tried to get his take on modern games. A bit to my surprise - he had quite a few good answers to them based on his experience as a video game designer in the 80s!

But more directly, his message about communities and fun resonated with me, as many of his messages do. He looked at game communities, where members played a specific game, and how the community is usually focused on the rules and how people measured up against those rules; get better, or find a different game. Contrast that with a play community, where members got together to play; and if one of the members wasn't good at a game, the community would change the game, or find a different one. Bernie cautioned that game designers have a tendency to want to create game communities, but the people who play their games have a choice of communities these days, and game designers have to respect that.

I thought about the games I have played. While I might flit in and out of some, it was because of the true social nature of a game that I might continue to play it. And the best of them were games that I could play in the way that best suited me - which was not necessarily the way the designer thought it should be played. Sometimes my objectives matched up with my friends' objectives, and sometimes they didn't. But it didn't matter since we all had fun with them. 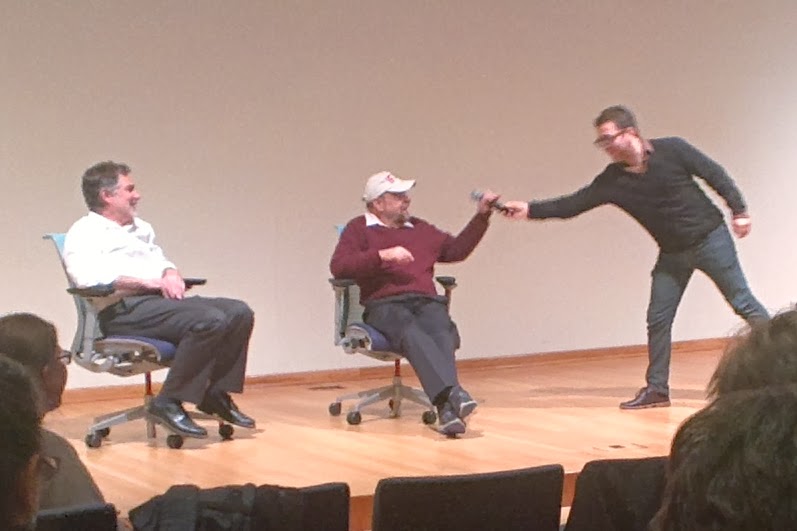 My notes are riddled with gems of his. Some of which I simply couldn't appreciate, even if I could see the logic: "Drinking games are one of the most reliable sorts of stupid fun games." He talked about "Junkyard Sports" where we would start with a game that people are generally familiar with (like baseball) and then adapt it to the environment. He pondered the things he wished he had invented (a deck of cards and frisbee), the simplicity of Go, and the brilliant design of Minecraft. He talked about the role of games in society: "Our games reflect our culture. You may be creating a counter-culture game by nurturing and creating an alternative. [...] I think video games have become so popular because that is the only outlet kids have to play." On cheating: "If you're cheating selfishly, you're going to get excluded eventually." And he gave the most important tip in creating a game: "Find the thing that is fun for you, and it will guide you."

The concluding note resonated with me for the rest of the evening. In a question (from someone wearing an Atari t-shirt) about digital games vs physical games: "I like being there physically - it is a full bandwidth game. Play is a form of making love." 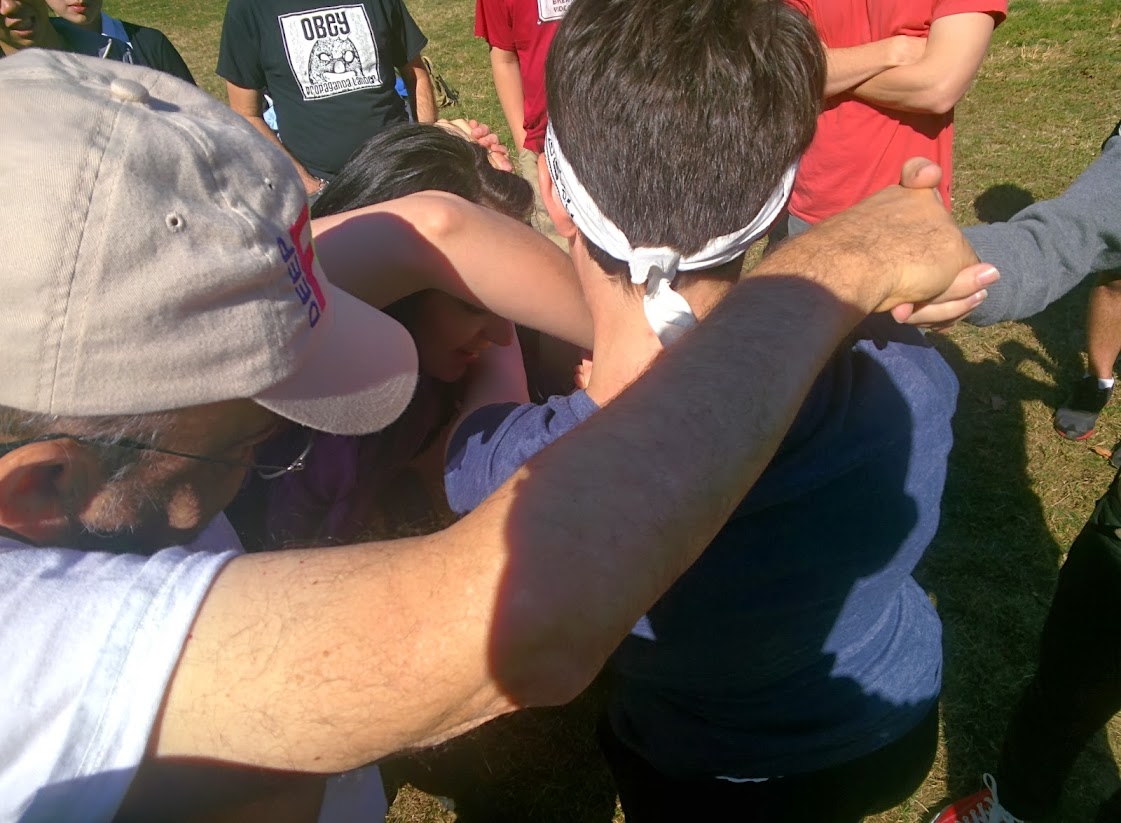 So Saturday, I would be making love with Bernie. And a few dozen other people. In the middle of a
park on a bright sunny day in Brooklyn. I was able to chat with him, and his wife, a bit before the events started. We were sitting in the research lab, surrounded by video, card, and board games... and he seemed almost amazed that he was there. He never realized that his book had so much impact outside his original target audience. He was thrilled that there were people discovering the fun they could have, and bring to others, with their games. I shared more of my background, and my reaction to his lecture. As we wandered over to the park, he cautioned me that there weren't going to be brilliant insights from this activity - we were just going to play some games.

I'm not sure I can put those insights into words... but I learned a lot during that play-time. We played games there were serious and silly. We played team games, like rock-paper-scissors tag. We cheated, and had fun doing so. We wandered around blind with games like Vampire and Pluie. We laughed and connected with games like people-to-people. We experimented. We explored. We concluded with the Lap Game, trying to sit on each other in one huge circle. 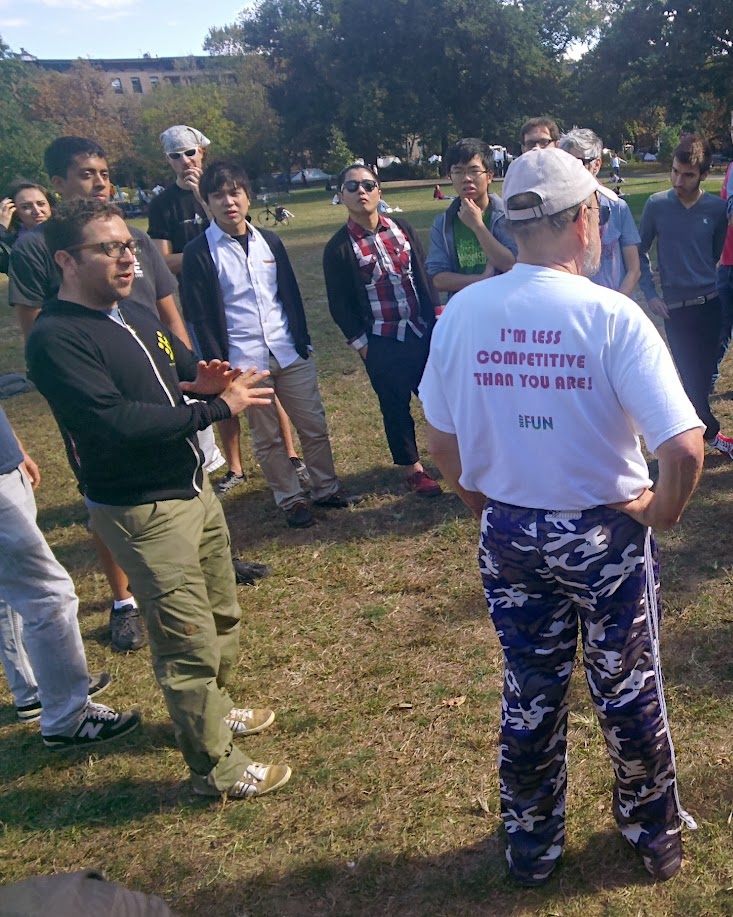 I walked away with another reminder how I needed to get away and play sometimes. Games are serious. Life can be serious. I needed to take my play just as seriously... and I realized I was doing so more and more. I've been able to take that kind of break in my life on occasion, not often, but often enough that it recharges me. I can take the time to play, really play, with my son. I can take the time to play with friends. I can have fun with people for no purpose other than having fun. I can be wild and silly in the park or in my house. And, as I realized as I rode the train home, I can take that feeling back with me for the times I can't play at that moment, and I can nurture it until it is playtime again.

I asked Bernie if he had fun. "Eh, not really," he replied.
And he smiled.

(And my full album of photos #throughglass of the events.) 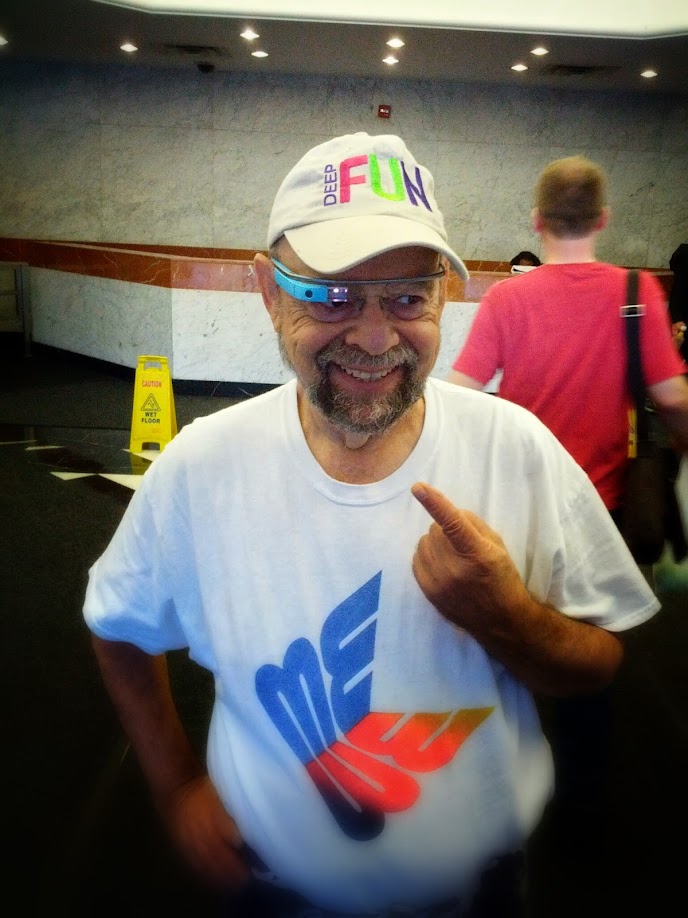 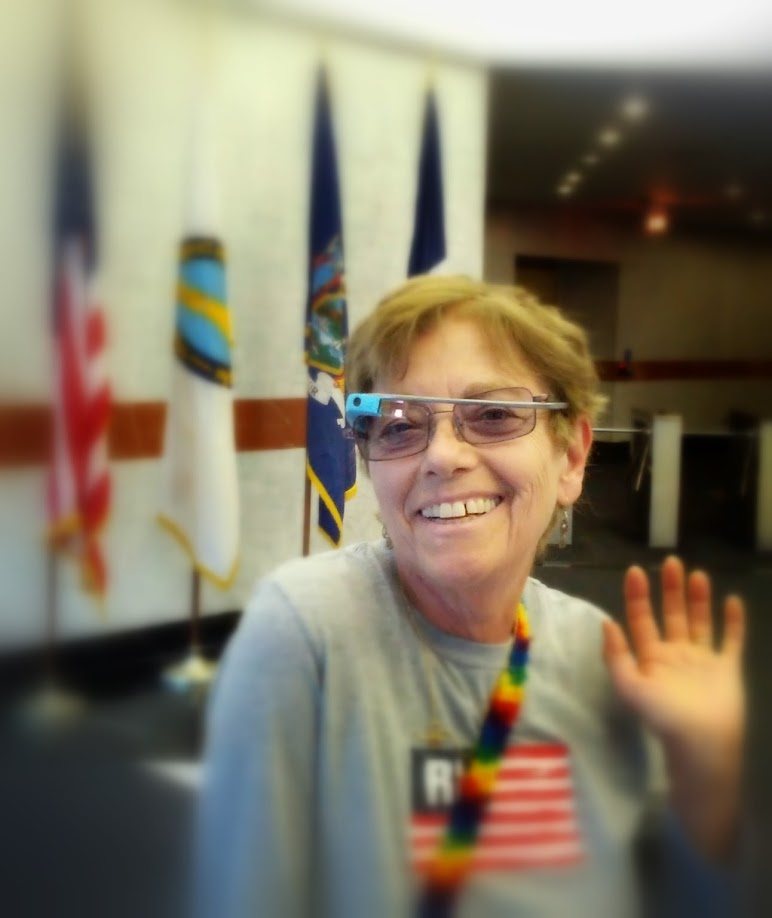