Too much to read and process? Always jumping from task to task? You may be thinking that INFO OVER LOAD are certainly four letter words.

Like many people, I find that I'm not getting to all the tasks that I want to get to in a day, or even a week. I have stuff bombarding me from every direction - for work, for my professional interests, and for personal and family life. So it is not out of the question that I worry I'm suffering from Information Overload. 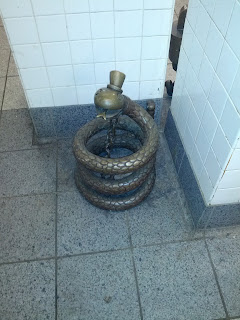 With that in mind, I was interested in seeing what Manoush Zomorodi and her team at WNYC's Note to Self were proposing to help resolve the issue. They had a week long series they were calling Infomagical. The initial premise seemed like it made sense and would help provide some good ideas. They even suggested that you set a goal - I chose "learn something new", since I wanted to get further into some research about hardware tinkering.

In fact, they sent a total of six text messages over the course of the day. One of them included a picture that I was supposed to focus on, or something. For a day where I was supposed to focus on a single task, interrupting me seemed... contrary to the entire purpose. They told me this in a podcast - a medium far more passive and less engaging than something like text, so it was pretty difficult to focus on this audio message.

And it isn't that "focus" is a bad tool to help reduce information overload. But it didn't seem that helpful. When I'm working on something - I tend to focus on it. To the point I forget to eat. And I know that isn't uncommon for people in professions similar to mine. So this didn't seem very helpful overall.

Later tools were in the same vein:

Overall, I was completely unimpressed. I made almost no progress towards my goal, mostly because nothing actually applied to my goal. I was able to check off the "conversation" task only because I actually had a conversation about my goal the evening before. The suggestions weren't bad - but they were basic suggestions and not the magic bullet they suggested it would be (at least not for me). Heck - I'm already following most of their suggestions! They provided no real organizational suggestions. Their underlying message boiled down to "avoid stuff you don't actually care about".

In the middle of this, +Mike Elgan posted his own article about how to handle information overload. His premise is that we're overloaded by trying to remember everything we need or reference or care about and that we should use tools to help manage this. Searchable email is one of those tools, for example, tho he lists a few others that can help. I'd toss in a mailbox manager even, such as Google's Inbox, that hides information I care about until I'm most likely to care about it.

I think Mike is more on the right track than Manoush is. Perhaps more people are tapping their phones because of Fear Of Missing Out - but I'm tapping my phone because there is lots of information that I care about coming in. That may be information about my job, my professional interests, or my loved ones. Manoush doesn't provide any suggestions about how to manage that... Mike does.

Mike isn't the only one suggesting tools to manage overload. In December, a letter from Google's head of Product Marketing for Google Apps for Work to his team made the rounds. His argument is that people who create things, rather than manage things, need focused time (on the order of a day or a half-day) to do that making, but that this time was frequently interrupted by meetings and people coming over to steal a chair. His solution? Schedule that time. Put it right on the calendar for people to not interrupt you during that time. (Manoush had a similar suggestion - put an emoji... somewhere... so people knew not to interrupt you. I'm not sure that would be as effective.)

Note to Self (and its predecessor podcast, New Tech City) seem to repeatedly miss the boat when it comes to using tools to make lives easier. I have to wonder if it is because they see these tools differently than I do. Smartphones, for them, appear to be an object that "brings us joy" itself. For me, it is a tool that helps me connect to things that bring me joy - people and interests. For them, Google Glass and the Apple Watch are objects that bring techies joy - for me, they are tools to help minimize disruptions in my daily routine. 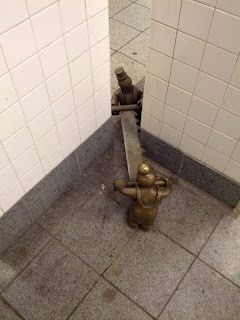 I think these tools would be more effective than what Infomagical proposed. Manage your time based on your energy and stress levels. Organize your information in ways you can get it when you need it, not when you don't. And, to borrow said almost in passing at the end of the Infomagical podcast, use your tools in ways that serve you - don't let things like your phone rule you. These are tools towards an end - not the end itself. I really hope that, in a future episode, Note to Self actually looks at some of these practical tools. (And feel free to message me if you want my take on any of it - I'm happy to elaborate on anything I've said in this post.)

The silver bullet may be pretty, but it is just a tool like any other. It won't slay the Overload on its own. You need to know how to use that tool and not just how to look at it.

Email ThisBlogThis!Share to TwitterShare to FacebookShare to Pinterest
What: goog, news, tech