If you were on the top-end of a Saturn V rocket 50 years ago today, what four letter words might you be saying at LIFT off? 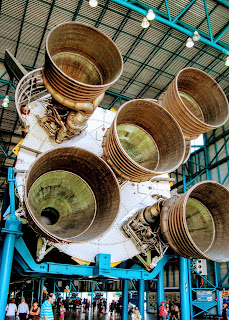 It is almost like nothing more needs to be said. Apollo 11.

The mission that brought three men to Earth's moon, landed two of them on the surface, and returned all three safely back to Earth.

On this day, 50 years ago, that mission lifted off from Kennedy Space Center, named after the man who, less than seven years earlier had challenged the nation to do it.

And although there were just three men sitting on top of this incredibly powerful rocket, there were thousands behind them who actively created every component of that rocket, of the crafts they would be flying, of the computers that would get them there, and the very spacesuits they were wearing. And, of course, an entire nation. Not everyone supported the mission, wishing the funds to go to projects more directly necessary, but there is no doubt that most everyone watched this lift-off... and wondered what it felt like to be one of those three.

This rocket took them to the Moon, but it took the rest of us much further. Much of the technology that the lunar program used didn't exist before then. Computers were large devices that were prone to failure, for example, but Apollo required small computers that worked under seriously adverse conditions. The program brought about innovations in aerodynamics, communication, and materials that have benefitted all of us over the past 50 years.

From what I have read - the launch was quite a KICK... both physically and metaphorically. 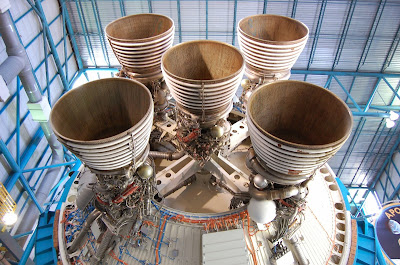