While it is the goal to be SAFE at HOME, they are four letter words if we don't continue to reach into the future.

When President Kennedy set in motion the grand plans of the US space program, he not only said that we would land a man on the Moon, but that we would "return him safely to the Earth".

50 years ago today, the final Apollo lunar mission would complete that objective, returning the last people that, so far, set foot on the Moon back to Earth as the crew of Apollo 17 splashed down. 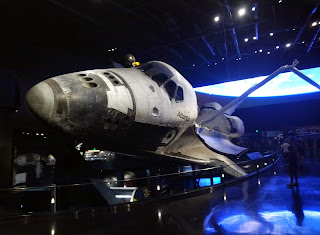 In the 50 years since we used the Apollo technology to launch the first space station and unite two space-
faring countries. Several countries have, since, sent probes to the Moon, to Mars, and into the vastness of the solar system and the depths of space itself. We have created, and then evolved, new generations of spacecraft, put a multi-national space station in orbit, and created satellites to study the Earth below us and the cosmos above.

Perhaps these were what Cernan had in mind when, as he left the surface for the last time, he stated "America's challenge of today has forged man's destiny of tomorrow." And while the first test flights of Artemis have begun to set us back on that course, we have not, yet, sent a human back to the Moon.

Echoing the first landing on the moon, the Apollo 17 plaque, still resting on the moon, echoed the thoughts of everyone on the planet depicted on that plaque. But, for the first time, it also included a map of the moon, showing where humanity had visited.
HERE MAN FIRST COMPLETED HIS FIRST
EXPLORATIONS OF THE MOON
DECEMBER, 1972
MAY THE SPIRIT OF PEACE IN WHICH WE CAME
BE REFLECTED IN THE LIVES OF ALL MANKIND
Post from Prisoner When: 2:54 PM