Taking a look back at a year through the Looking Glass - and some interesting four letter words.

This past weekend, I marked one year since I was fortunate enough to first put on Google Glass at 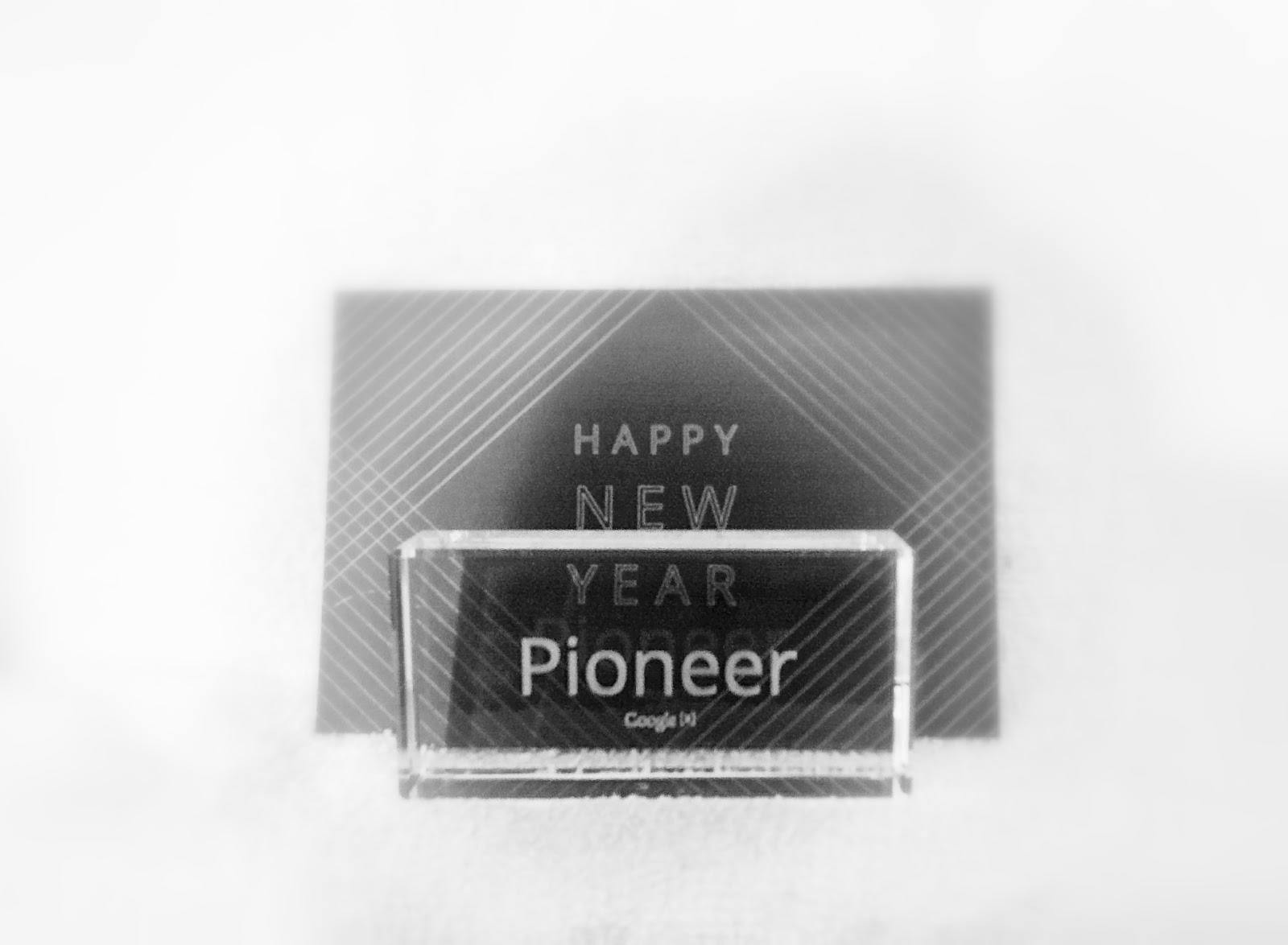 their Glass Foundry event hackathon in NYC. It was not the beginning of my journey as a Glass Explorer, nor by any means the end, but an important milestone along the way. I felt it would be a good time for me to mark that journey so far, to react to some recent events in the Google Glass world, and to look forward a bit about what is coming in the near and not-so-near future.

The post I started writing was HUGE, so I'm going to try and trim it (a lot) and present some smaller chunks of thoughts.

HOLE, as in "Glasshole", is a four letter word

When we first started talking about the impact of Glass, we were most concerned that people would use it improperly - taking pictures of people who didn't want their picture taken, wearing it in bathrooms, and other inappropriate actions. It sounds like those have, largely, been false fears. Most explorers do tend to "Glass with Class".

Unfortunately, a new form of Glasshole has arisen. The sort that treat being an Explorer as a status symbol, who are constantly showing off, and who expect something just by nature of what they wear on their face.

I wonder and worry sometimes how much I act this way. I'm sure in the early days I did. I even suspect that there are times when I still act as if I've "seen the light" about Glass and am a bit too scornful of those who haven't. And while I passionately believe in this device and how to use it, I hope I can learn from those who have other perspectives, and share my perspective with others. And I very fervently hope that this means that everyone can end up learning something.

FEAR is a four letter word

A lot of people have written and told me that Glass looks dorky and everyone looks oddly at it. Or that it has a look that only a techie would love. Or that techies almost universally hate it.

Not even close to my experience.

Nearly every person who has seen me with it has seemed to enjoy it. A few have been suspicious of it, but warmed up when they learned more about it. 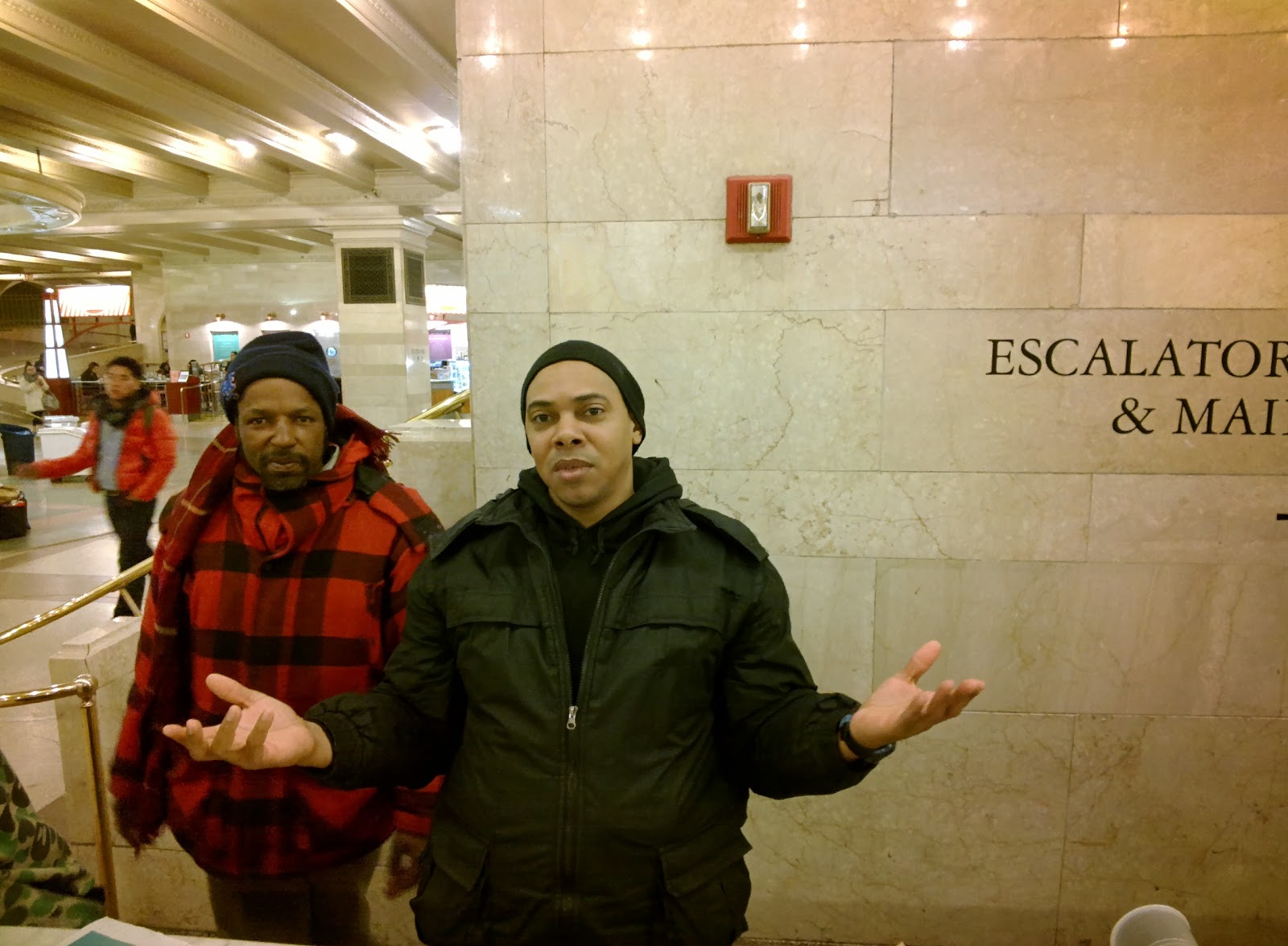 And by "every person" I don't mean "every person in the Bay Area" (in fact, I think the Bay Area people seem more suspicious of it than anyone else) or "every person in Manhattan". I mean every person. I mean the couple I ran into on a bus in Massachusetts who had only seen or heard of Glass on Good Morning America. People like the 10 year old who asked his mom to ask me about it or the nurse who excitedly pointed it out to her daughter. Every-day folks like my dry cleaner... or the cashiers at my local supermarket... or the guys I ran into in Grand Central Terminal. Every single person I know in construction wants one. Most of all, the parents and grandparents I met on the playground while I was playing with my son, who immediately grasped how the photos I was taking were different than the ones they were taking with their phones.

They are not afraid of it. They have been waiting for Glass, sometimes without knowing it.

LENS is a four letter word

Do people find big DSLRs with the brand name emblazoned across the camera strap creepy?

CASE, as in "use case", is a four letter word

I've said it before... I'll say it again. Glass is best used for brief interactions. If you're going to look at it for more than a few seconds at most, you're probably better off pulling out your phone.

I find that most of my interactions are sub-second glances. That is what Glass was designed for, and it works surprisingly well for that purpose. I usually forget that I'm wearing Glass most of the time, and my use of it has become a natural part of my life - and it is because of the microinteractive nature of it.

It still bugs me that some very smart technologists just don't get this concept.
It thrills me that Google does.

USER is a four letter word 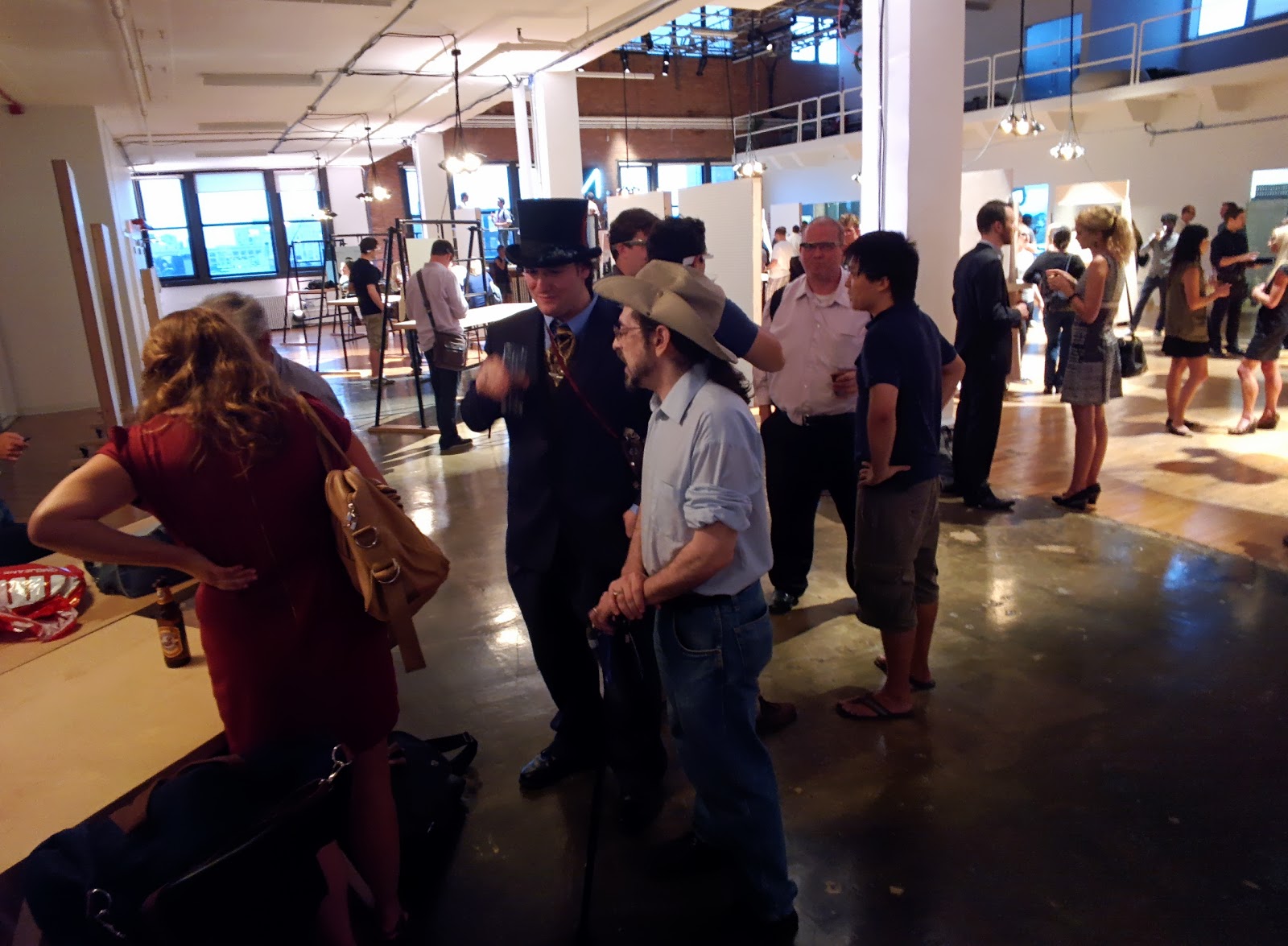 It is neat and frustrating to watch developers play with Glass... but what I really want to see are people using Glass. Not just to take photos and videos... egads, we have enough of that. But to see how this will change what we do, the same way cell and smartphones have changed what we do.

I like talking to the building contractors and inspectors I mentioned above about their ideas. I like brainstorming with people in the theater, who don't just want to use Glass as a camera, but want to use it to help tell the story.

We need apps to help us do the things we want to do. How can we use Glass on our jobs? How will people use Glass while shopping? And yes... how will we use it while driving?

ROAD is a four letter word

I'm honestly getting tired of this debate.

I'll make a deal with you right now - will you agree that cup holders, radios, rear-view mirrors, and speedometers can also cause distractions in a car if misused? Because if you'll agree to that, and agree to legislation preventing their use in an automobile, then I'll agree that Glass is as bad as those and should be subject to the same legislation.

Lets face it... people are not going to use Glass to watch videos while driving. They're using them as safer GPS devices and for hands-free communication.

GAME is a four letter word 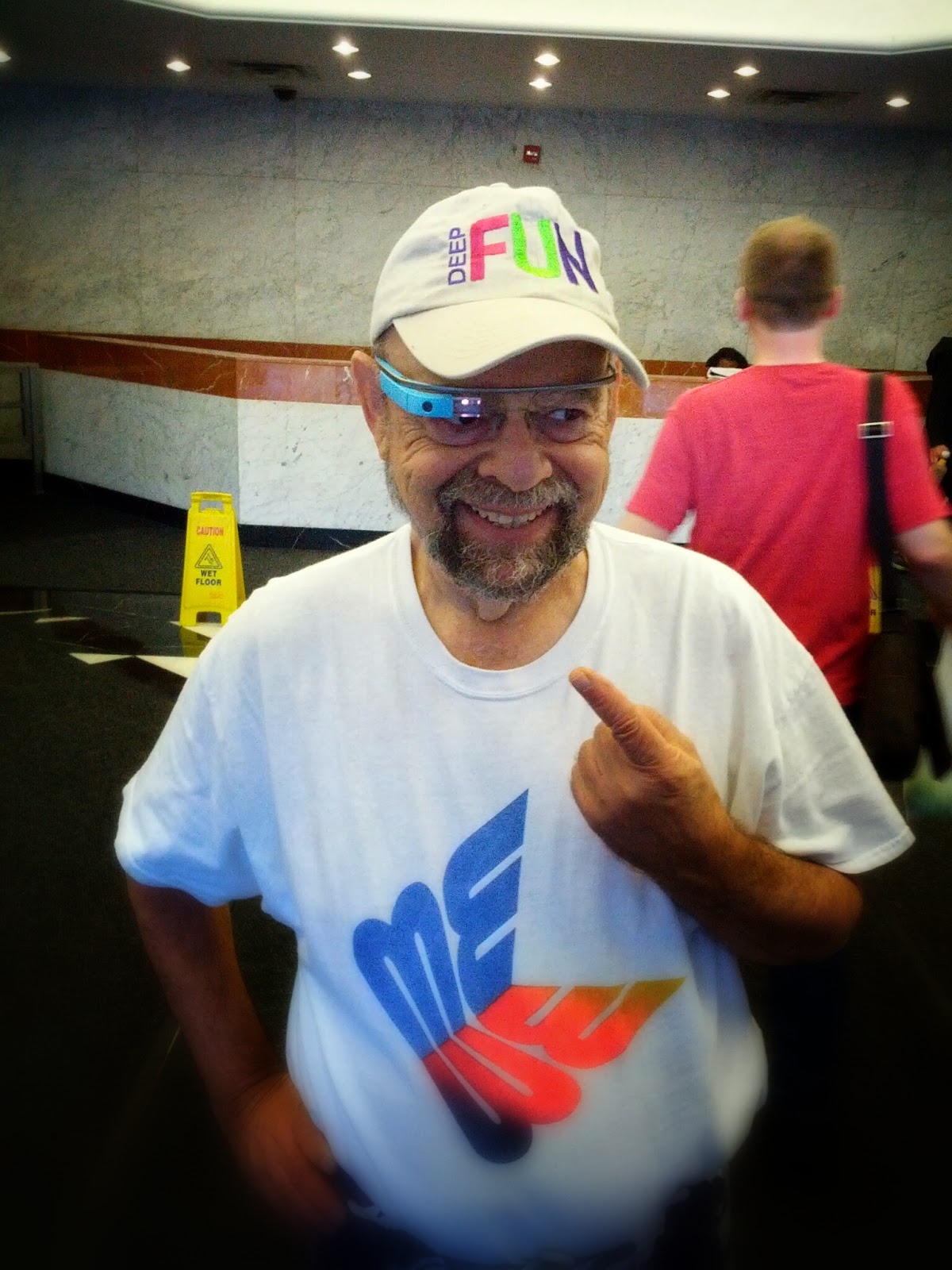 Speaking of use cases, we need more games for Glass. And I don't mean games where we're going to stare at the display for minutes at the time twisting our head and hands around. That sounds cool, and might be cool to play a few times, but I don't think it is sustainable. Thats all better with an Occulus Rift or a Cast AR device.

But we need to find some games that people can engage with for seconds at a time, at most, and don't make us look like dorks. We need the equivalent of Angry Birds or Candy Crush, although both those are wildly inappropriate for Glass.

(And for the record, I have some ideas on that front... so does Noah Falstein, tho we don't entirely agree on what.)

ALLY is a four letter word

I'm honored to have met and worked with so many people over the past year. Any list I come up with is going to miss someone, and I apologize, but I wanted to mention a few names in particular. 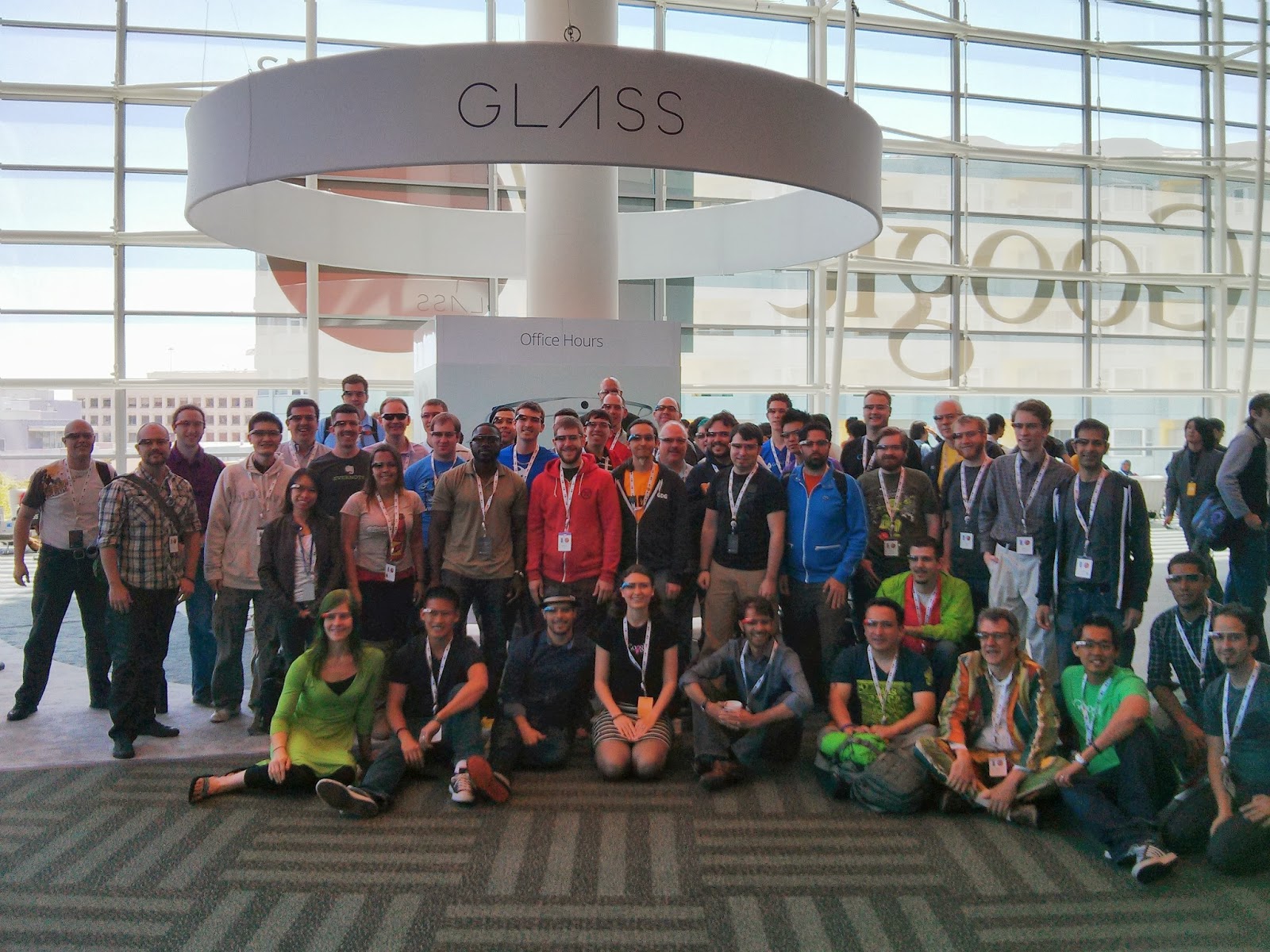 +Noble Ackerson and I met at the Glass Foundry event, and it has been exciting watching the projects we worked on and talked about at that event grow up into the products they are today. I'm thrilled to be working on a book with +Jason Salas about Glass, and he's helped me see and refine my thoughts about this device, as have +Abraham Williams and +Gerwin Sturm. I've been equally happy to meet developers such as +Cecilia Abadie and +Mike DiGiovanni - I may not always agree with you, but I'm thrilled that we're all working together to do some awesome stuff with Glass.

As I said above, Glass is about a real product for real people, and I'm thrilled to see that embodied in people I've talked to including +Jennifer Levine, +Jens Rasmussen, +Rosa Golijan, +Jeff Bond, and +Katy Kasmai. 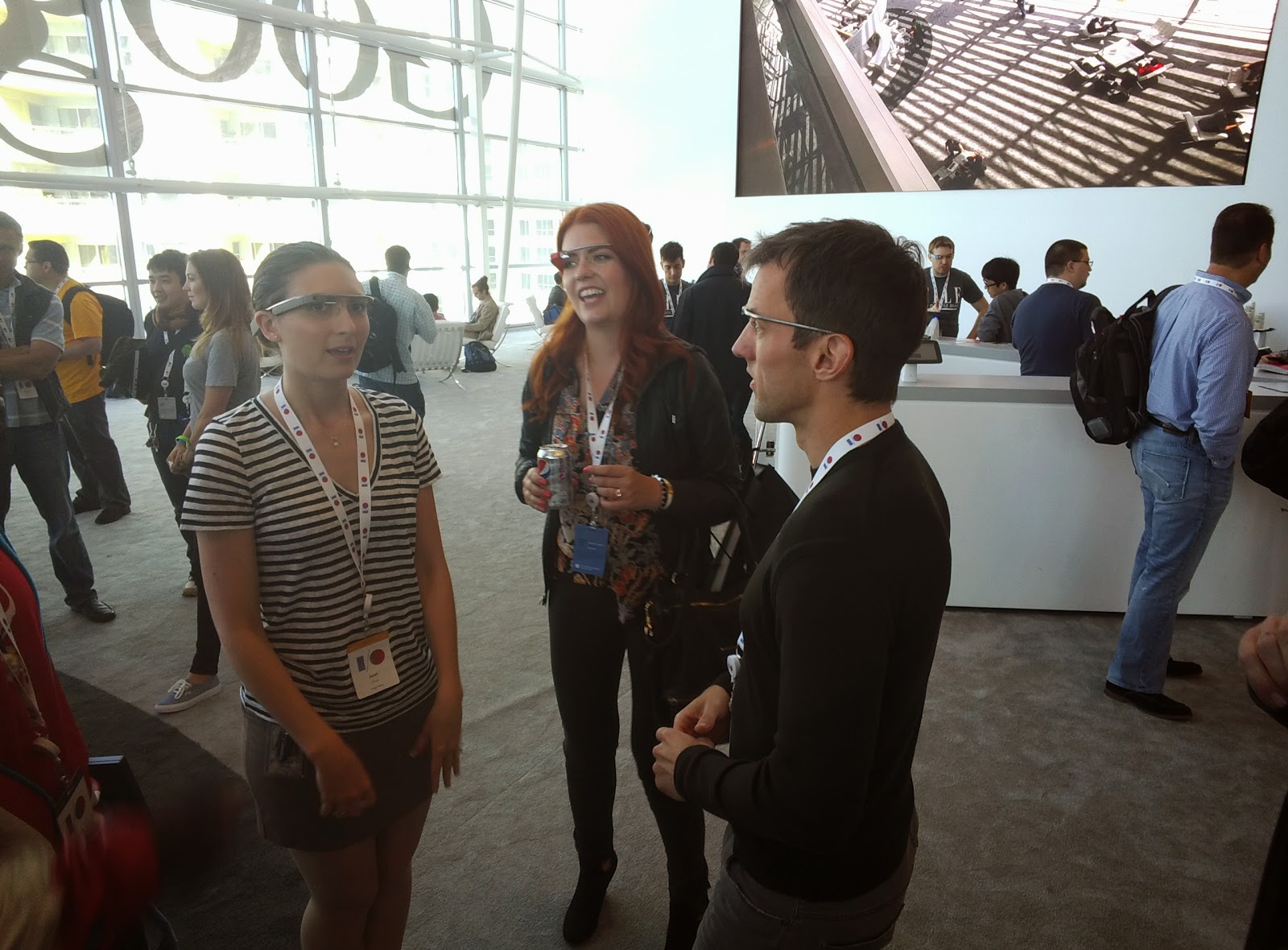 Finally, I want to thank everyone at Google who I have talked to and worked with on Glass. From the first moment that +Sarah Price welcomed me to the Explorer program, and then to the Foundry event, she has forged an outstanding community, and new CMs such as +Teresa Zazenski have continued in the same vein, not to mention the many Glass Guides I've worked with. I have, regretfully, forgotten many of the designers and engineers who talked to me and worked with me at the Foundry and afterwards, but I want to thank people like +Isabelle Olsson, +Charles Mendis, and +Hyunyoung Song for asking me for my input, sharing their perspective, and forging the product we see today. And last, but certainly far from least, I would like to thank +Jenny Murphy, +Timothy Jordan, +Alain Vongsouvanh, and +Tony Allevato for their guidance, insight, and inspiration the past year.

NEXT is a four letter word

I feel like there is so much more to be said, but it will have to wait for another blog post. Or two. Or more.

As excited as I am about Glass today, I'm even more excited about how it is evolving. A bit concerned, to be sure, but still excited.

The list of available Glassware continues to expand, and we're seeing more finely tuned and high quality Glassware in the pipeline. Developers are still feeling their way around the UI and UX, but I think we're slowly starting to grasp what we can do. And we still need all sorts of Glassware.

There are lots of great ideas for how the UI will evolve, but I hope everyone concerned keeps true to the principle that Glass isn't meant to be another screen to hide behind - but a new sort of screen that helps set us free.

And the consumer edition has yet to be launched! We can only hope it will launch at the right price and at the right time (and with enough availability) that Glass will catch on like wildfire.

One year down. Many many more to go. 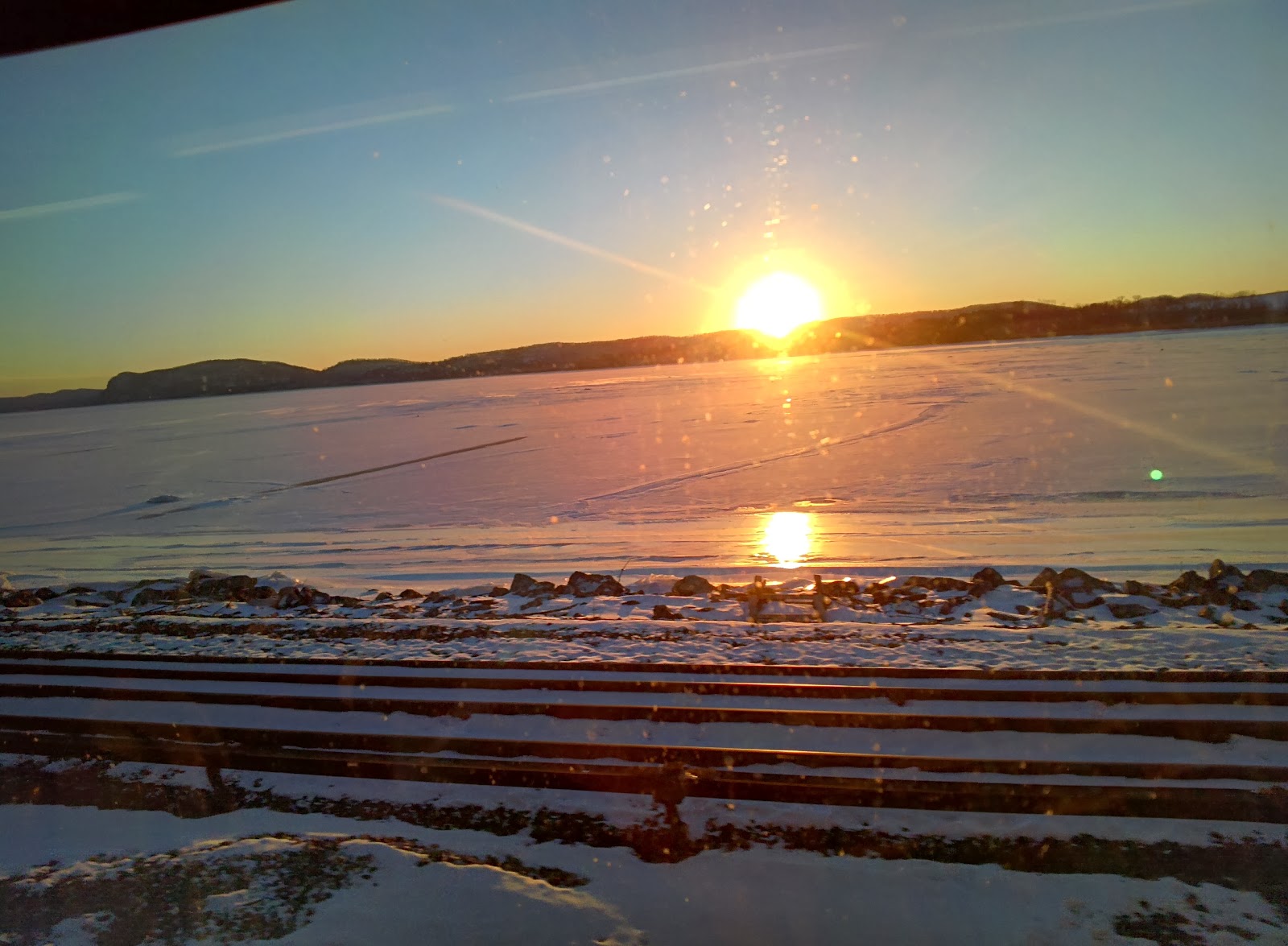