A tile can be a fun four letter word.

The thought of tiles conjures up the starkness of bathroom walls.  Or how cold they can be when you walk on them with your bare feet.  But a story about tiles yesterday made me think of them in a slightly different light. 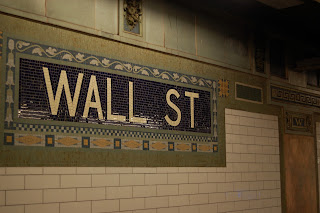 I don't remember how I was introduced to Bernie DeKoven on Google+, but I continued to follow him because he talked about games and fun in a way I had never seen before.  He thought about games - not game design, but what games mean to us as individuals and as a group.  It dovetailed nicely with my theories about how we are all collections of stories, and some of the ways we can tell that story are through the games we play.  But the more I read of his, the more I realized he was pitching something different... and even more powerful.  He was pitching nothing short of fun.

He wanted nothing less than for people to have fun.  And nothing more... because there was nothing more than that.

That same day, I was watching a video of someone pushing platitudes.  Nice inspirational quotes.  Telling me that being happy was just a matter of thinking happy thoughts.  Or something like that.  And it was totally meaningless.

That night, I went to my occasional gaming group with that attitude of fun surrounding me.  And I didn't just play games... I led games.  I brought out my Icehouse set and played some Martian Chess and Zendo... and I played with the pyramids.  Just fiddled with them.  Built trees of colors.  Patterns.  And other gamers around me came by to admire the pyramids, even if they weren't interested in the game.

It reminded me of the times I was fortunate enough to visit Andrew Looney at his home - Wunderland Earth.  From the front of the house all the way through, it screamed "fun".  I will never forget the kick-line of storm trooper action figures... or the pinball machine in the entryway (which is covered in "wallpaper" of maps)... or the Rubick's cubes in the window positioned to paint a picture... all of it was just pure fun.

I can have fun.