When I had the idea for this entry, I was pondering if I should dig up all sorts of information about Freud's concepts of the id and ego and superego... or look into comparative psychological theories about "self".  Or perhaps I should talk about self-image, positive and negative, and the various things people have written about it.  But I quickly realized that none of this actually described... me.

I'm inspired to write this based on a project by Levi Moore and Jeff Smith on Google+.  They created "Selfy Sunday", encouraging photographers to take a self portrait of themselves every other Sunday and upload it to a shared album.  The self-portrait could be of any form - but it had to be taken by you, in some way, and of you, in some way.  So it could be a picture of the back of your head, taken by a camera where you set the timer - but its all up to you.  I encourage you to go take a look at the entire album, some of the pictures are stunning and revealing, while others are so very very human. 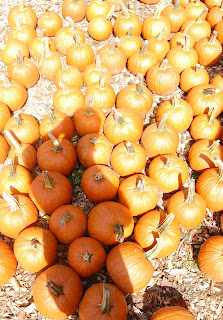 I took several pictures of me on Sunday, but none really grabbed me until I took the one I have posted here, and which I submitted.  When I saw it while reviewing the day, it made me ask myself a lot of questions.  Sure, it shows me (or my shadow... strolling down the a-ve-nue... ahem...) and was taken by me... but what does it say to me?

For starters - it isn't recognizable as me.  If you didn't know it was a person, you might wonder what it is at all.  And that is, quite often, how I see myself.  Just as a shadow - not really recognizable as something specific.  More than "blurry and undefined", it is almost anonymous and unknown.  When was the last time a shadow got much notice?  In the song I suggested above?  In Peter Pan?  In a radio show? (The Shadow knows!)

As I thought about it more, I realized that shadows are a negative space, and that is how I think of myself a lot as well.  I'm the sort of person who doesn't do something, and thinks about not doing it.  Do I also think about doing things?  Sometimes.  Do I do them?  Perhaps not as often as the inverse.

And what of the rest of the picture - the pumpkins?  I was watching scenes from Cinderella this weekend as well, and it struck me that I am also the pumpkins in the picture.  I change from one thing, the carriage, to another, the pumpkin, almost like clockwork. Perhaps I'm just stretching that analogy too far.

But it did also occur to me that pumpkins are mostly anonymous - they all look more or less alike until someone carves them out to show some facial feature (or other artwork) upon them, and then they glow.  I liked that imagery a big, and I had to ponder it, especially as it contrasted against the shadow.

What about the pictures of myself I didn't share?  They included pictures of me with my family... pictures of me reading a book... pictures that showed parts of me doing what the three year old asked me to do... these are all aspects of me, certainly.  But are any of them me?

As I thought about this more and more, I reflected about what defines myself.  Facebook seems to think that I am defined by what I do that everyone can see.  There is some merit to that - but am I just what I do, or am I also what I want to be and how I want to represent myself to others?  Are the things I hide about myself just as defining of me?  It seems to me that it isn't just enough to want to be something or someone - you have to try to be the person you want to be. And you're spending your entire life doing just that.

That is some of what this blog has been, and continues to be for me - a way to examine myself and shape myself.  My photography has started to define that as well.  Projects that have forever been on the backburner have become more active.  I do not always like what I have made out of myself - and I have to keep trying to fix and improve... somehow.

Hillel wrote "If I am not for myself, who will be for me?  And if I am only for myself, what am I?"  Have I carved the face I want others to see upon myself?  Do I have a candle inside me making me glow, or is it the light from outside causing a shadow?  What is it about myself that I want to show others?

I asked this when I talked about names, and I'll ask it again.  Who am I?