What else would I pick for a four letter word?

The Online Etymology Dictionary says that the word "else" comes from the Proto-Germanic aljaz and gives similar words that derived to "other" and "in a foreign land". What I found more interesting, however, is that they list awesome words such as elsehow, elsewhence, and elsewards as being obsolete (and my spell check does, indeed, flag them as invalid spellings).

As a software developer, my entire profession focuses on paths and alternate paths. One of the first things we learn is that a program that doesn't make any decisions isn't a very interesting program, and the "if/else" statement is at the heart of program flow control.

Personally, the concept of alternates have wandered around my mind for decades. "What if?" is a question I always ask myself - when thinking about something that has happened, or something that is yet to come. It is usually an intelectual pursuit more than anything else - I can't change the past, but can learn from it and try to move forward. This pursuit has taken tangible forms in the past - Addventure has been a project to explore multi-path storytelling, and I've written several stories where the main character explores alternate paths his life may have taken and if he would truly have been happier.

The latter, of course, was inspired by the classic Dickens story A Christmas Carol. If you've never read the original, I urge you to do so.

And that, of course. Leads me to wish you all a Merry Christmas. Or Else. 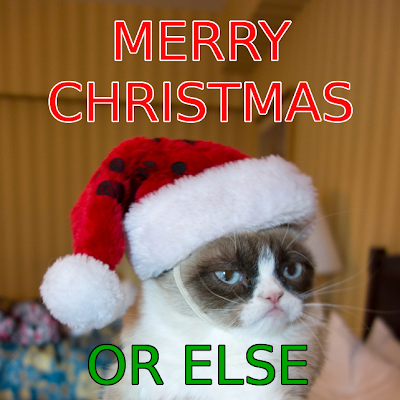