Forty years ago, the crew of Apollo 17 splashed down in the Pacific Ocean, marking the end of humanity's first, and so far only, manned lunar project. It had been just over ten years since President Kennedy had declared that America will "choose to go to the moon in this decade" - and in that time, they had spun up a space program, accomplished great successes, encountered harsh failures, achieved the goal... and was now wrapping up the project.

There would be a couple more space missions using Apollo hardware - a rendez-vous with Soviet spacecraft and three manned missions to an orbiting space station. There would be two decades under Shuttle, and new permanent orbiting outposts. There are probes to the planets and other bodies that roam the solar system, and robots that crawl Mars and report to their Earth-bound masters. But no human has passed outside Earth's orbit since the Apollo 17 crew.

The plaque left behind at the Apollo 17 landing site reads "Here man completed his first explorations of the moon. December 1972, A.D. May the spirit of peace in which we came be reflected in the lives of all mankind." But for me, it is Gene Cernan's quote as he left the lunar surface that call to me, almost echoing Neil Armstrong's first words just a few years before: "America's challenge of today has forged man's destiny of tomorrow. And, as we leave the Moon at Taurus-Littrow, we leave as we came and, God willing, as we shall return: with peace and hope for all mankind." 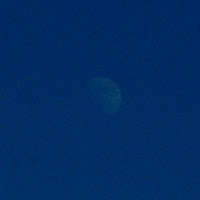